Here at the Children’s Prize, we are fighting hard to reduce child mortality. Child mortality is a worldwide problem that touches millions of families every year. The topic of child mortality is incredibly complex and hard to digest but is incredibly important to understand. We live in such a globalized world and as individuals we ought to be educating ourselves on issues plaguing the world. As a result, I have put together important resources including pictures, articles and video that will serve as a crash course introduction to the subject and hopefully provoke some thought about possible solutions.

Child mortality as a whole refers to the death occurring in children under the age of five. Child mortality is often split into different sectors. The first sector, namely infant mortality refers to children who die within the first year of life. The second sector is called neonatal mortality and this refers to newborns.

2. What are the leading causes of Child Mortality? 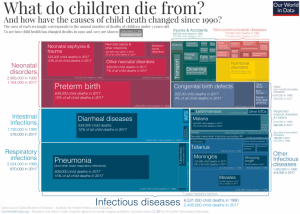 This data is pulled from ourworldindata.org and it compare the leading causes of death in 1990 to the leading causes in 2017. As shown on the graphic, infectious diseases makes up a big chuck of the causes (45%), that number includes diseases such as pneumonia, and other respiratory diseases which makes up 15%. Preterm births and neonatal disorders make up 12%, diarrheal diseases such as cholera make up 10% and congenital diseases make up 9%.

Underlying causes are where the problem starts from. In the case of child mortality there as so many different underlying causes including the lack of nutrition, sanitation and education. For example the education of the mother is a big indicator of their child’s mortality. Additionally, many of the leading causes are preventable as a result of the knowledge we possess today. Vaccines as well as treatments are available to prevent death by causes such as pneumonia and malaria. A preventable cause of death means that the death of the child could have been prevented and is prevented in countless other cases.

This is an example of a women who identified the preventable causes of child mortality in Cartagena, Colombia, and worked to reduce the number of deaths and did so effectively 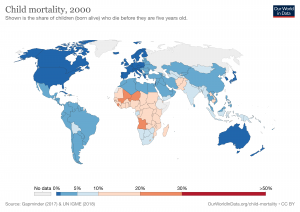 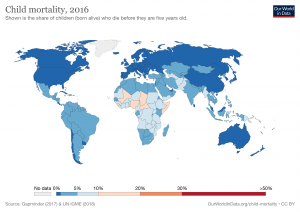 The World Health Organization and the United Nations are your friend when it comes to understanding the depth of the issue at hand. However simple facts might be easier to conceptualize.

This is an issue worth understanding. It is a topic that is felt worldwide and solutions are long overdue. We urge you to take the steps necessary to understand this complex issue because understanding solutions can be formed.